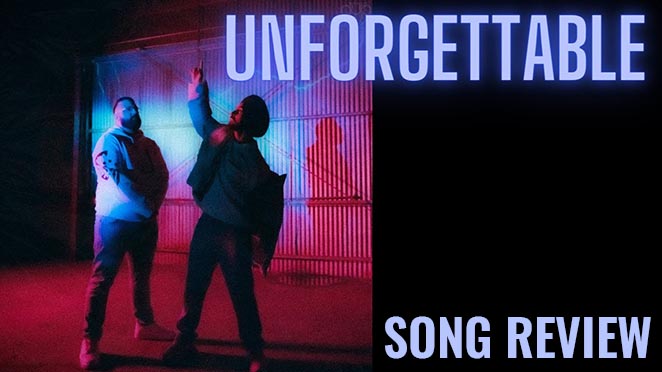 Diljit Dosanjh has returned with another banger, this time hidden under the name of ‘Unforgettable’. Just a few days ago, it had been announced that the trio, Intense, Diljit and Chani Nattan were returning with their song ‘Unforgettable’ and the song is finally here.

Last time we saw them together was in Umbrella which was a huge superhit. Now, again, we have them in Unforgettable and the result is the same. Another banger! Diljit Dosanjh’s vocals are always blissful and with this cool, groovy track, they’ve again impressed us all. Chani Nattan, who was the lyricist of Umbrella and a major reason behind the success of the song, has also shined in Unforgettable.

Intense is undoubtedly one of the best music producers in the industry at present. His music is always unique and in this song too, the elements he’s given are working well with the vibe of the track. He’s been successful in making Unforgettable a song to vibe on. Together, Diljit, Intense and Chani have again proved themselves as an explosive trio.

It would be discriminating to not mention about the brilliant music video of the song. Director Boota joined the trio for creating the music video of the song and it is outright brilliant! The camerawork, locations, the colour grading, the lighting and everything about it is top notch. Especially the sequence shot inside a warehouse with Intense on the piano and Diljit & Chani vibing to the song grabs the attention of the viewer for good.

One thing that the audience might notice in the song is that it has a very similar vibe to ‘Umbrella’. The composition feels really familiar and the team has probably given the song ‘Umbrella Vibe’ intentionally. The song is just as good as their previous track and it wouldn’t be a surprise to see it all over social media and playlists in the coming time.