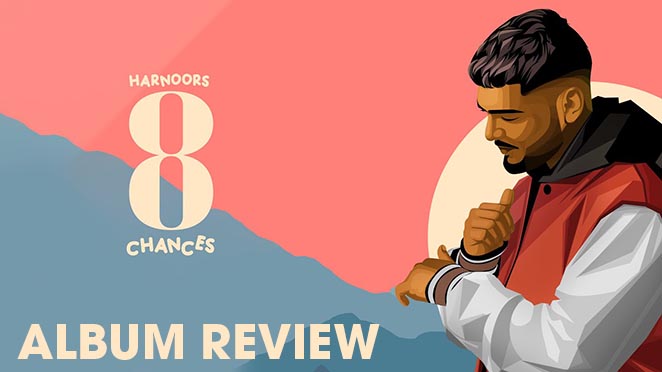 People were quite heart-rending when Harnoor recently announced that due to some digital issues his album would be delayed. But to our surprise, he just dropped the album in a trice, on the very day promised, 21 December, and made the fans over-excited with that.

We were still not over with the songs like Parshawan, Waalian and the singer has dropped a bomb again, now a pack of 8-tracks. Harnoor’s 8-song album is just a ride to be enjoyed on one go. It is by far his polished version of his previously released tracks and this time straight 8 songs in the basket. Harnoor has totally stolen our hearts with these songs and of course his voice, how can it not be praised? His voice is soothingly nice, melodic to hear and one can’t let go of it any soon.

Apart from the singer’s voice, lyrics were something to be stuck at. ‘I Dont Wanna!’ is the only sad track among all others in the album and the lyrics of it are just awesome. One can get deep into it by just hearing for the single time. ‘Uff’ is one such track which has the perfect combination of lyrics and music. The ‘hindi’ verse in the song is what we can say is surely top-notch and without the shadow of uncertainty, it has also become public-favourite in no time.

‘Impress’ song is one of the dynamics and is a mind-refresher in the album whereas, ‘She Got Me’ is the special one as Harnoor, being the singer, has played his part as a lyricist along with Karan Thabar for the song. The last para of this song is amazingly nice. Gifty’s only written song in the album, ‘Jatta’ is relatively too wonderful. Ilam has done an outstanding job in penning down 6 among 8 songs of the album while Kelly, the music director has blended all the tunes perfectly in each song and has even made ‘Jhumke’ a must to groove on with his amazing beats.

Wah Kya Najare was the first among all to be released in mid-November. It was the stand-out track from the album which was unique if compared with others. It was very well accepted by the listeners and now the whole album is not any soon getting out of people’s playlists.

Harnoor has stretched his border lines with this album and there is no such song which is not a must-listen from the ‘8 Chances’. Harnoor has handed over this album to his fans and audience by declaring it as his 8 chances with each song. We are very sure that he has lived upto the expectations of the people and has got all 8 Chances to celebrate the success of his album.